There is no doubt that Art Basel Miami Beach, http://www.artbasel.com/en/Miami-Beach, has become a modern art referent and one of the most significant cultural events in America. About 250 galleries, 140 museums, institutions, collectors and 2000 artists represented, make of this international exhibition an irresistible meeting point for creativity lovers.
Edition 2013, which ended on Sunday December 8, lived up our expectations. We greatly enjoyed the neon sculptures by Tracy Emin (White Cube), the surrealism of everyday objects by Isa Genzken (Hauser and Wirth), the textural globs by Juan Genovese (Marlborough Gallery) or neo pop drawings by Yosima Nara (Pace)
Four days of inspiration and fresh new ideas that reinforced our passion for innovation. 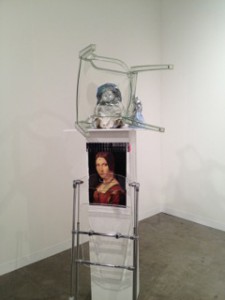 “Castello Cavalcanti,” the latest short sponsored by Prada, takes us to a small Italian village and tells a charming story -written and directed by the great Wes Anderson.

A Formula 1 race passing through a quiet community, perfect fifties’ aesthetic, one of his favourite actors -Jason Schwartzman- and a remarkable talent to make us feel and smile. Just less than eight minutes of artistically directed footage: fantastic shots with extraordinary light, beautiful colours, inspiring silences and a unique sense of humour. Anderson and his team, including Roman Coppola y Darius Khonji, show once again a personal and attractive filmmaking mark. 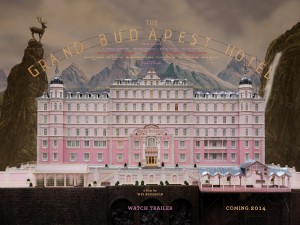 We share his passion for art and details. As fans of his work, we will patiently await for his eighth feature film’s premier at the opening of Berlin Film Festival on 6 February 2014: “The Grand Budapest Hotel”, starring Ralph Fiennes, Tony Revolori and a wide range of beloved actors and actresses. 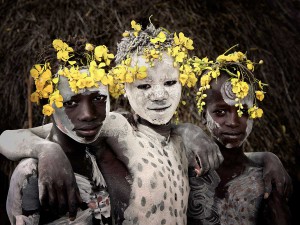 With a traditional 50 years old plate camera, British photographer Jimmy Nelson has been travelling for years in search of humankind’s essence. Remote places and more than forty tribes around the world, diligently preserving their ancestral traditions.

Beautiful images resulting from a sensitive work that portrait the perfect harmony between man and nature. An ethnological and visual project called Before they pass away, aimed to perpetuate in our retinas the cultural richness that only a few are trying to keep.

We could not ignore the fact that on 15th November, Alexander McQueen launched a vibrant exclusive collection commemorating the tenth anniversary of its icon accessory: The Skull Scarf. 30 unique pieces designed by one of today’s referent in modern art, Damien Hirst, who combines with ability his etymological series, skulls and geometrical shapes. A combination that reaffirms the hallmarks of the fashion firm “the juxtaposition between contrasting elements: fragility and strength, tradition and modernity, fluidity and severity.”

To the transgressor McQueen concept and Hirst controversial conceptual expression, joins Sølve Sundsbø spirit of experimentation. The singular photographer directed a video presentation that gives off sensuality, freshness and serenity. We’re wrapped by the silky smooth, the relaxing butterfly movement, the light and forms of nature. Three atypical creators who shared their personal vision of aesthetics. This made us think about art and its possibilities.

The master of Street Photography is back to London along with the Hamilton Gallery in Silkscreens: http://goo.gl/yAar3C
An impressive selection of 16 photographs comprising the purest Moriyama essence. We didn’t want to miss it.

Passionate by cities, its people, places, smells and the mystery that surrounds them, his surprising ability to capture the everyday and make it magical, absorbing the moment and conveying its sensitivity through the camera. “Wherever I go, I do my best to feel everything around me” explains Daido in personal and reflective short-film “The Mighty Power” by Ringo Tang, http://www.youtube.com/watch?v=epS0jTJ3P2o, shot in Hong Kong last year: the essence of expression, the art of observation, passion for the present. This outstanding 75 year-old Japanese artist, who trapped thousands of snapshots with his lens, continues arousing our most deep emotions.

Are you an artist?

Watch Marina Abramovic interview on what it means to be an artist.