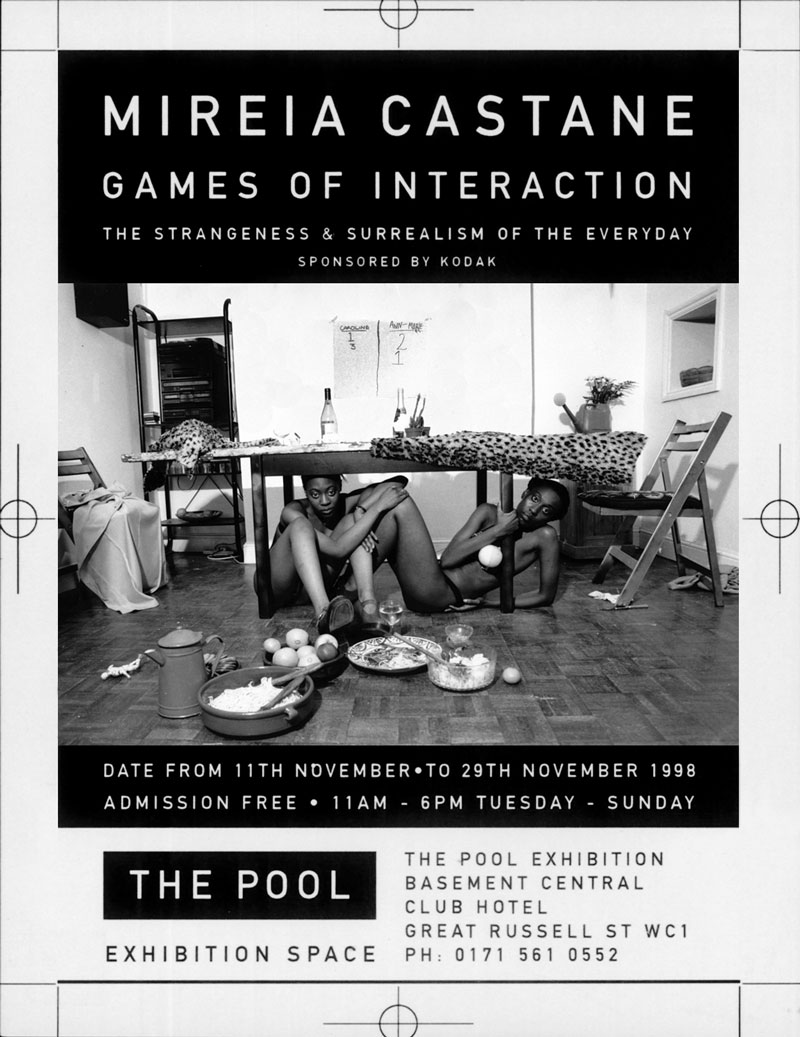 The Strangeness & Surrealism Of The Everyday

Every space, every framed or demarcated space, is an auditorium to be filled. Each segregated environment is a stage demanding, and inevitable extracting, a performance from its protagonists. Day after day we all step into the spotlight of successive arenas and play a part, assume a role, using whatever means that – fuelled by memory and desire – we have at our disposal: random objects, specialised artifacts, eclectic electronic stimuli, props if you will that embellish, or even dominate, the subtle and seductive games that we play with one another both publicly and privately.

Mirea Castane’s images pander to us in a direct and disquieting manner (though with a darkly humane sense of mischief) that represents and reflects upon the fictions and forms of visual expression within which we cloak ourselves in the constant, and often contingent, games of interaction. These strange and silent tableaux (the strangeness and surreality of the everyday, the silence of those who have something to conceal) remind us of the complexity and diversity of influences and images that are available for us to assimilate and assume. The garments, movie-memories and inherited rituals and cliches, the multi-cultural ephemera and exotica that we are habitually exposed to, all combine and collide to exert pressures and extract pleasures from the most insignificant scenarios.

The show also highlights both the flexible and formulaic content of fantasies, and the inherent systems of choice, power, and domination that are built into these innocently deceptive games. The photographs themselves eschew self-conscious technical virtuosity (the photograph coveted and collected as fine art) for a more commercial sensibility – images redolent of posters, postcards, amateur snapshots and office stationary brochures – and become images of exchange and consumption.

Paradoxically, and ironically, the images take on both playful and pathetic inflections as they remain frozen and incarcerated between alienation (from ourselves) and a kind of fabricated comunion (isolation from others) and ultimately between deluded self-denial and fraudulent confession. They leave us with the unpalatable and shocking suggestion that we coul be no more than the fictions we weave, and that they alone become our articulated essence, our manifest truth. There are a million stories and spectacles enacted during every passing day. These are just a few of them.